Power to the Youth: We’re More Capable Than We Think Ourselves To Be 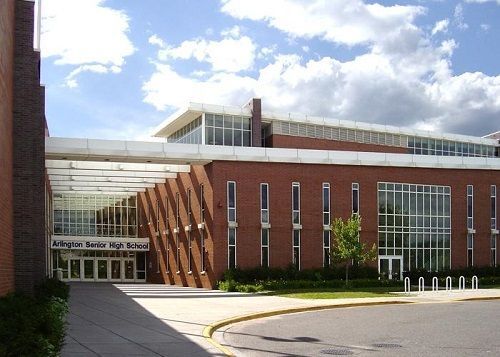 A month ago I visited Washington Tech Magnet High School on two occasions to shadow my supervisor, Anna Sahli, while she taught Tubman’s Movement for Violence Prevention emotional and violence prevention curriculums in health class. As a 20 year old college intern for Tubman’s Movement for Violence Prevention program, I was curious and a little intrigued to see how students would engage with the material, and what exactly students were asked to think about. I never had a violence prevention curriculum added to any of my health classes, even though domestic violence happens to 1 in 4 women, and 1 in 7 men— and even more astonishingly, violence in personal relationships is never really openly talked about. Personally as a younger person, I didn’t know that there were certain terminologies used to describe abusive psychological and emotional practices. From gaslighting, love bombing, to ghosting, and other eye opening information regarding setting boundaries for healthy relationships to flourish, I learned most of that through social media when I grew older. With the increase of social media usage and the rise of TikTok, I’ve noticed many more videos and posts that explain and debunk myths regarding violence prevention and healthy relationships. I didn’t know if the students she taught had seen similar content, but I was excited to see how students would discuss what they learned with each other. And I was blown away by how knowledgeable and thoughtful the students were in engaging with MVP’s curriculum content.

The first time I shadowed Anna, she was teaching the class about violence prevention and how to identify different forms of abuse. She passed out worksheets for students to take notes and follow along with activities, which spanned from storytelling and analyzing situations of violence as a class, to asking students to critically think about the choices they’d make if they were put in hostile scenarios, or relationships. In both of the sections of health class I shadowed, I could see how energized and engaged students were when asked what they thought of the situation, those involved, and what choices they would make and why if they were faced with a similar scenario. One by one, students discussed and identified gaslighting, instances of jealousy, toxicity, lack of boundary settings, and other elements of violent and unhealthy relationships displayed throughout the story. They added on to each other’s ideas, voiced their own opinions and argued what they would do, and challenged their peers to consider choosing different alternatives. I felt a sense of pride and wonderment observing the students engage in difficult, yet important conversations about healthy relationships and boundaries. Reflecting back on my high school experience and my high school self, I really didn’t know about the emotional elements of building a healthy relationship, nor did I understand the importance of communicating with others when conflict arose. Yet, the young people I observed at Washington Tech reminded me of how younger, future generations continue to surprise the world with their intelligence and passion to make it a better home for all living beings. I overall enjoyed my time in the classroom, and although I don’t see myself becoming a teacher in the near future, I wouldn’t mind the possibility of working with young people in different ways.