A Student's Perspective on Stereotypes 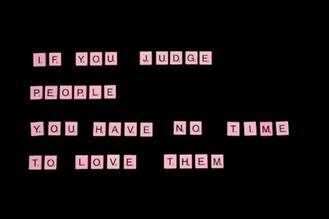 Stereotypes are the pinnacle of making someone who is "bad" remain that way as there are no opportunities to be understood and no way to be forgiven, does that necessarily mean all stereotypes are bad? No, if it weren't for stereotypes we would all be too trusting of individuals who'd do us harm; take for example, "Should I walk down this creepy alley with strange people in it for a short cut or take the long route?" Your gut instinct would be "No!" But...what makes someone creepy? Perhaps those people are very friendly and kind.

The reality is that people who have or haven't grown up with stereotypes will have differing opinions. Those who've been told or influenced to believe that alleys = crime will inherently avoid them, but those who've been told it's completely safe and natural will save time by taking the short cut. There's the chance it will be unsafe but there's also the benefit of saving time people born and raised with stereotypes are avoidant risk takers doing what they've been taught to avoid potential pain, and those who haven't are open to potential risk for reward. People will remain "bad" for as long as society pre-determines someone as "bad" unwilling to treat them as human and listen to how not all "bad" people want to remain "bad" some just wish to be heard and talked to, despite the ugly stereotype.

Humans are not infallible - we make mistakes, and every book, every hero, or Greek mythology represents that. There's so little that favors the "criminal" as we humans can't get enough of seeing a "bad" person served justice for their crimes. I put "bad" in quotes because I view any "bad" person as a victim of circumstance. No baby is born predestined to wreak havoc on society - it's more likely that they were raised in an environment that made them become this "bad" person. If you're born in that environment and not one single person asks you if you're okay or just listens to you or treats you like a regular human being, their response is the so-called "bad" behavior, but it's the only thing that feels natural to them.

If you've heard or seen someone doing something "bad," and if they feel ashamed or guilty (possibly by acting more reserved and not talking or just different than normal behavior) that person does not need your anger towards him/her as they already are angry at themselves. What they more likely need in that moment is someone to talk to. You don't have to immediately dig into the nitty gritty details of his unfortunate behavior, but just talk to them, be human, and treat them with respect as you would for anyone else. And once there's a trusting friendship, if they reveal some of the shamed behavior don't get angry or spiteful even if it challenges your morals - simply appreciate the vulnerability and explain your views on it. Potentially, if you just acted angry, all that does is make them more untrusting and more likely to commit the "bad" behavior again. Encourage therapy if not already in it, and be their friend. You may not feel like you're doing much but I promise you, you are. Friends are invaluable to this "bad" person. The important part of it is with that individual who did something "bad" in the past, focus on viewing them as who they are today, how consider have they may have changed. If you're learning about someone's negative past they undoubtedly feel bad about it and trust you enough to understand that. If you're capable of doing said things you are very mature and a valuable friend to that person.

Side note: please don't become fake friends with people, it doesn't help. Be the friend you'd want in their shoes.

A note from Tubman staff: A person's ability to grow and make changes doesn't excuse their past behavior, but can also be something to be celebrated. While many people may act in a way that harms others, is possible to regret that later, and put in the time and effort to make changes and unlearn harmful behavior. If you or anyone you know would like support regarding any of the issues discussed here, please feel free to reach out to our youth team HERE.